Troon Coastal Rowing Club aims to promote coastal rowing to as many people as possible. It’s not only a fantastic form of exercise but great fun.

St Ayles Skiffs are rowing boats for four rowers and a cox and are built for rowing at sea, as opposed to on rivers. They are 22 feet (6.7 metres) long, have a beam of 5 feet (1.73 metres), weigh 155kg and upwards and are constructed from clinker plywood from a kit. Read more about the history of St Ayles skiffs.

The Scottish Coastal Rowing Association (SCRA) is our parent body and the governing body for Coastal Rowing in Scotland. Our Club is affiliated to the SCRA and bound by certain rules and regulations that it applies, e.g. boat measurement and specifications.

It is the Club Committee’s wish that our Club is an active member of this Association. We wish, inter alia, to promote the sport of Coastal Rowing, participate in the SCRA Regatta programme both by visiting other Regattas and holding our own, and maintain good communication between SCRA and ourselves and with all other Clubs.

The Club Committee strongly recommends that every Member becomes familiar with the SCRA website and regularly reads the up-dates and news posts that can be found on it.

Troon Coastal Rowing is part of the south-west region.

Our Club began in the winter of 2010 when a St Ayles Rowing Skiff construction kit was donated to local Troon secondary school – Marr College by Sir Boyd Tunnock CBE. This was in the wake of a remarkable resurgence of coastal rowing in 2008 after the Scottish Fisheries Museum built a replica of a historic rowing skiff.

Marr College then enlisted the help of South Ayrshire Councils Duke of Edinburgh’s Award (DoEA) Scheme Co-ordinator Vincent McWhirter, who promoted the idea of a boat-building project for the local DoEA programme as a community programme for all age groups. Following advertising in the local press in February 2011, a small group began meeting to plan the building of a St Ayles skiff for Troon.

Work commenced in May 2011 with a joint team of volunteers & DoEA participants and on the 2nd of October Marr Voyager was officially launched. 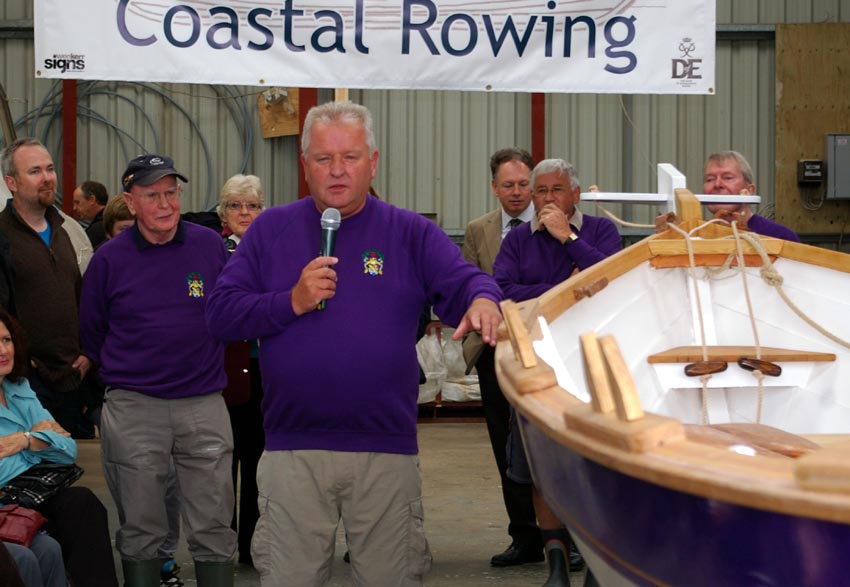 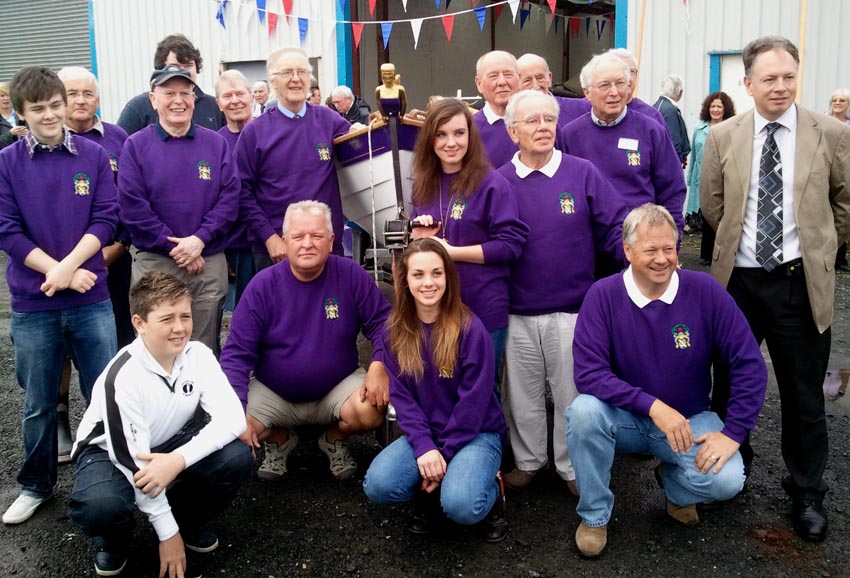 Later that year at a public meeting it was agreed to form Troon Coastal Rowing Club (TCRC).

Read more historical notes on building the boat back in 2011.

In 2012, a further kit was purchased and the same building team along with new DoEA candidates began the club’s second St Ayles skiff project leading to the launch of Ailsa Lass on the 28th of October. 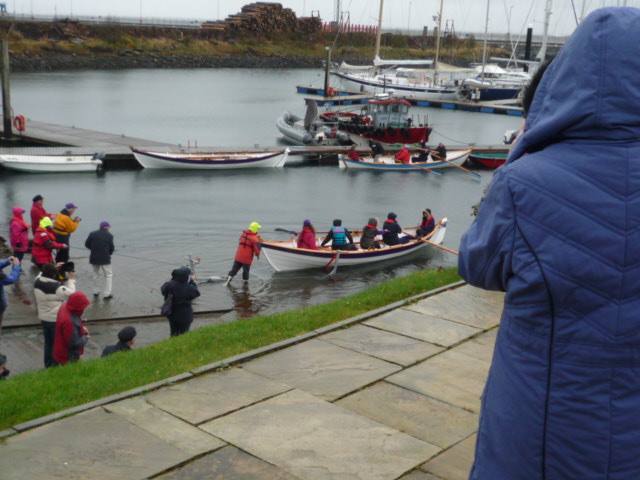 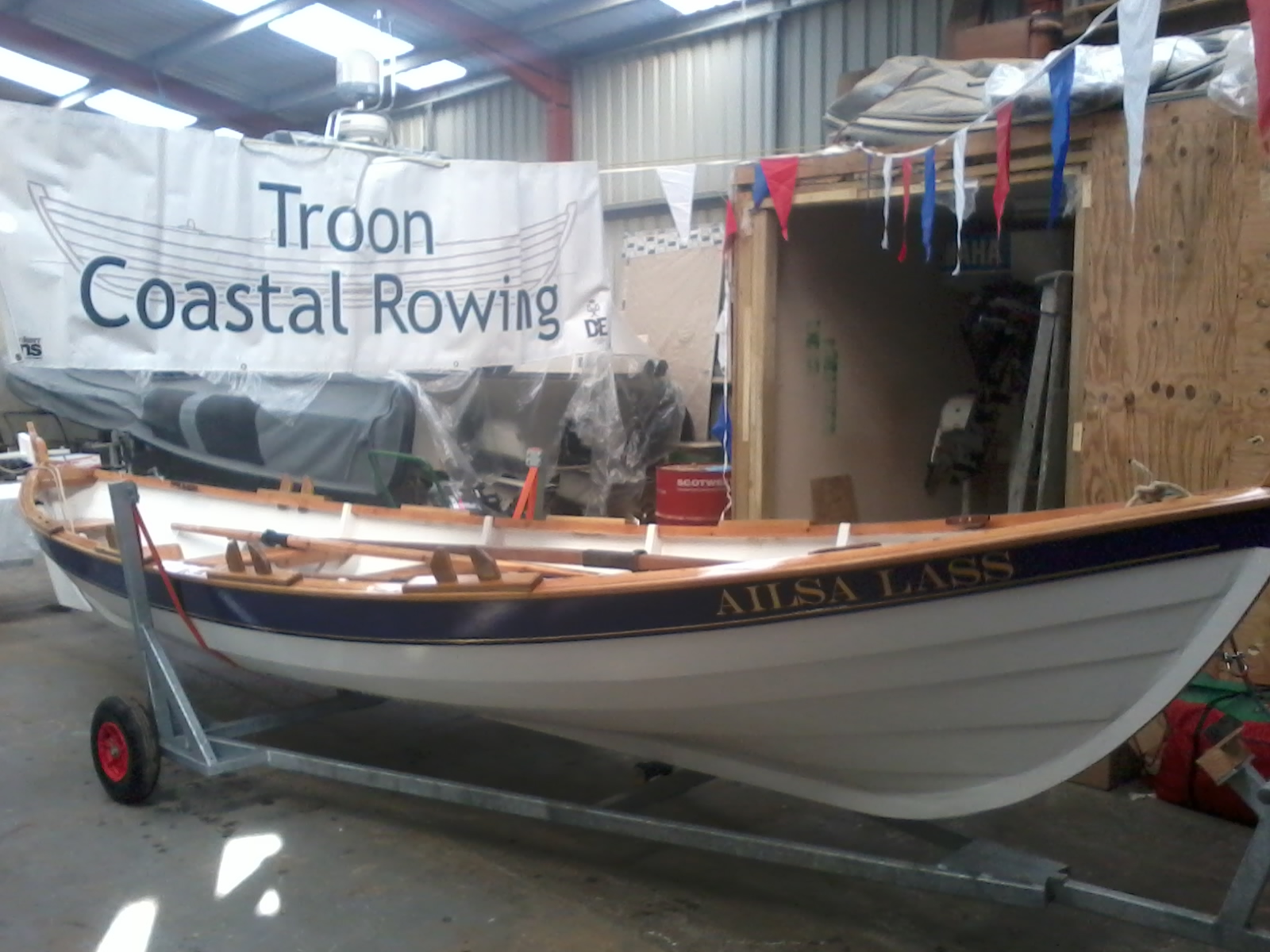 Troon Coastal Rowing Club continues to evolve and go from strength to strength with a strong membership enjoying club sessions, social events and participation in regattas including the Skiffieworlds St Ayles world championships held in 2019 at Stranraer.

We would particularly wish to thank the following individuals and businesses for their generosity, kindness & support: