As the spectator assembles.

Three coastal rowing skiffs from Troon , Carrick and Prestwick are readied in the beautiful surroundings of Loch Ken from Galloway Activity Centre.

The players assemble for a group shot in readiness of a day’s rowing in company but only after sampling the wares of the centre cafe, bacon rolls coffee and carrot cake deftly consumed the day begins.

The crews of the day being a mix up of club members pause in readiness for skiff tug of war,three rounds of mayhem on the water the results of which will be debated for years to come or until bedtime, Watch this space for you tube video link to follow soon.

This event the brainchild of Henry Anderson from Carrick is at the end of the day deemed to be too good not to repeat,plans are already afoot for a spring and autumn south west regatta event possibly over two days, taking advantage of the Galloway Activity Centre’sÂ facilities,from cabins wigwams and yurts and simple camping pitches.Â

Many thanks to the Galloway midges who very kindly waited until all three skiffs were safely back on road trailers to come and wave us goodbye, 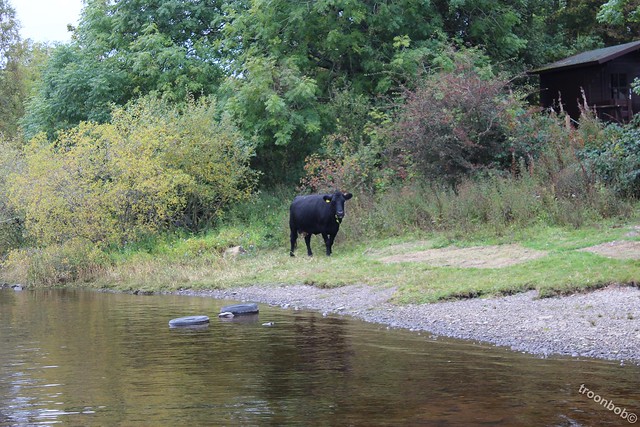